What Direction Do Fans Blow? | Things You Should Know

Fans are such a simple yet incredible device! They are used not only as standalone appliances but also as components inside other machines in the forms of CPU fans, blower fans, air conditioning fans, and so on.

However, if someone suddenly asked you about the direction in which fans blow, would you be able to answer quickly? You would likely take a bit of time to come up with an answer, which may or may not be correct.

That’s why we have discussed this aspect in this article. So, if you are curious, jump in!

How Does A Fan Work? 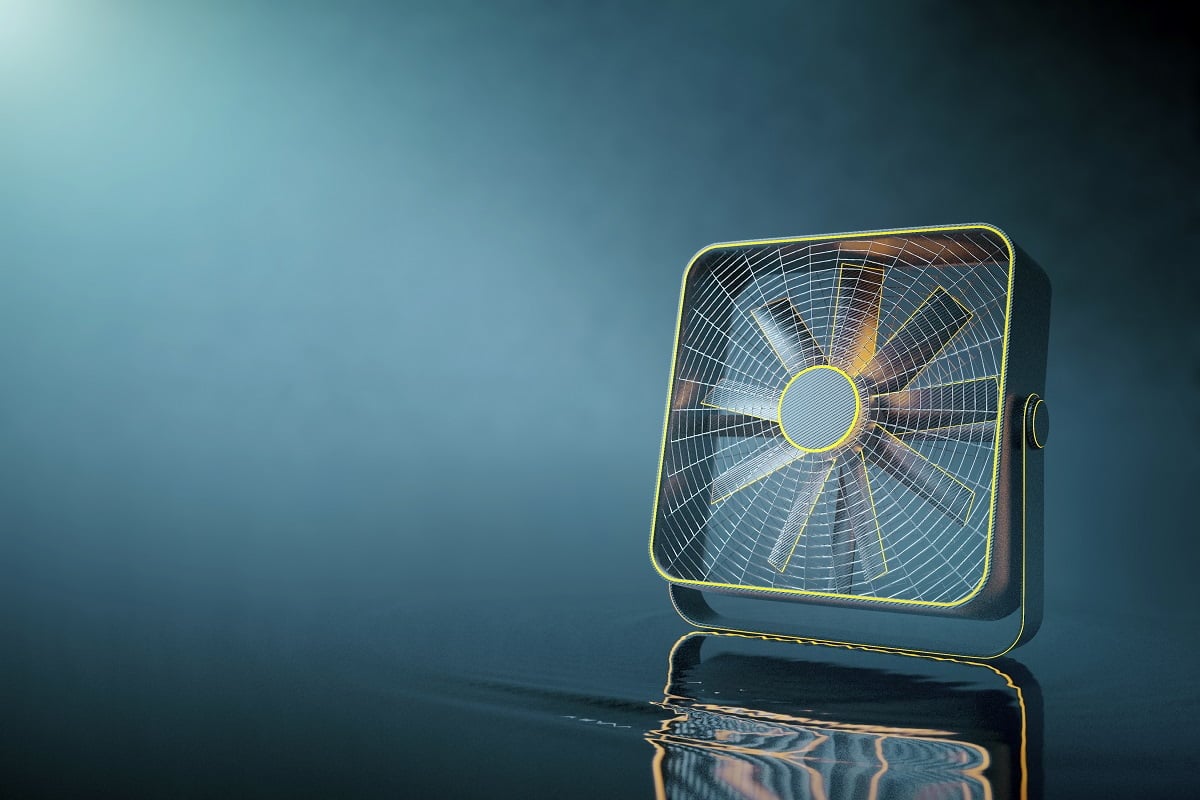 Before we get to the meat of the topic, let’s discuss a little bit about how fans work in general.

When it comes to fans, everything is about circulation and airflow. The fan’s motor spins the blades in a manner that it mobilizes the air in a given space, thereby helping to circulate throughout the area uniformly. Unlike air conditioners or blowers, fans are not able to alter the temperature. What they can do, however, is cool your surroundings using a mechanism known as forced convection.

In a still environment, the air surrounding our immediate body feels warm because our body  heats it up. But when the fan is turned on, it promotes rapid airflow, thereby displacing the warmer air that is in contact with the skin. This effectively transfers heat by convection, which provides a cooling effect.

Factors That Determine The Direction Of A Fan’s Airflow

Apart from the motor, there are some other factors that help to determine the direction of airflow of a fan. We have discussed them below, so we suggest that you keep reading.

When the motor of a fan is turned on, it spins the blades in one of two directions – clockwise and counterclockwise. In this regard, the direction in which the blades spin plays a crucial role in determining the direction of airflow.

If the fans spin clockwise, the air will blow in one direction, but if it spins in the other direction, the path of the airflow will be reversed too.

When you inspect a fan closely, you will notice that the blades are situated at a certain angle with respect to the central axis of its body. The surface of these blades is slightly curved as well.

Some fans are designed to be used in both directions, which means that the blades can circulate air either inward or outward. In such cases, the direction of the fan can be changed with a switch whenever necessary. Usually, most ceiling fans and ventilation fans are designed in such a manner so as to improve their utility in a home usage scenario.

On the other hand, some fans are designed to spin only in a single direction. Because of that, the path in which the air flows is fixed and cannot be changed. This is normally observed in AC blower fans, PC component fans, and so on.

What Direction Do Ceiling Fans Blow?

The best method to identify the ceiling fan direction is to stand directly under it when it is running at high speed. If you notice that the air has less force, it is an indication that the fan is running clockwise and hence pulling the air upward (updraft).

However, if you notice the cooling breeze to be strong, the fan is running in a counterclockwise direction and pushing the air downwards (downdraft).

A ceiling fan is typically set to spin counterclockwise during the summer months to create a downdraft of cooler air. The rapid circulation of cool air from the top of the room replaces the warmer air at the bottom, which ultimately makes you feel cooler. A reverse phenomenon happens during the winter months when the fan is set to spin in a clockwise direction.

In this situation, the fan creates an updraft that pulls cooler air from the bottom of the room and mixes it with the warm air at the top. Then, it distributes the air towards the ceiling and the walls instead of pushing it directly downwards. As a result, you do not feel the chill of the cold air.

Once you know the direction of the ceiling fan, you can change it as per your requirements. It can be altered with the help of a switch that generally comes in the form of remote control or a pull chain. If it is a new fan, it may include Wi-Fi connectivity, which will allow you to alter the rotation via an app.

Regardless of the method used for switching its direction, such an aspect will allow you to use your fan all year round. Besides the seasonal directions already discussed before, you can change the fan’s rotation to create a comfortable environment at all times.

For instance, you can set the fan to blow air upwards to dispel a foul odor from the lower part of the room. Likewise, the fan can be set to blow air downwards to keep you cool while watching TV or doing any other activity in the living room.

How Else Can You Know About The Direction Of A Blowing Fan?

Finding out the ceiling fan direction is relatively straightforward. However, you might now be wondering how to test an AC blower fan motor rotation or how to test the rotation of a CPU fan. Unfortunately, the process might not be as simple as a ceiling fan. For such cases, the direction can be ascertained by two methods.

Another way to determine the fan’s direction is to check the fan’s body for any directional indicators. For this, you will need to disassemble the fan from the machine since the markers won’t be easily visible otherwise. Most of the fans used in PC components or AC blowers come with such indicators, which help to orient them in the right direction after repairs or maintenance.

Does the fan direction really matter?

Consequently, the fan direction can greatly complement the HVAC system of your house to make it more comfortable to live in.

Does the fan speed play any role in air circulation?

Yes, fan speed plays a critical role in controlling the rate of air circulation inside the rooms. At a low speed, the air around your body will be displaced slowly, which will reduce the intensity of the wind chill effect. Subsequently, at a high fan speed, the wind chill effect will be stronger since the air will be displaced and circulated more rapidly. 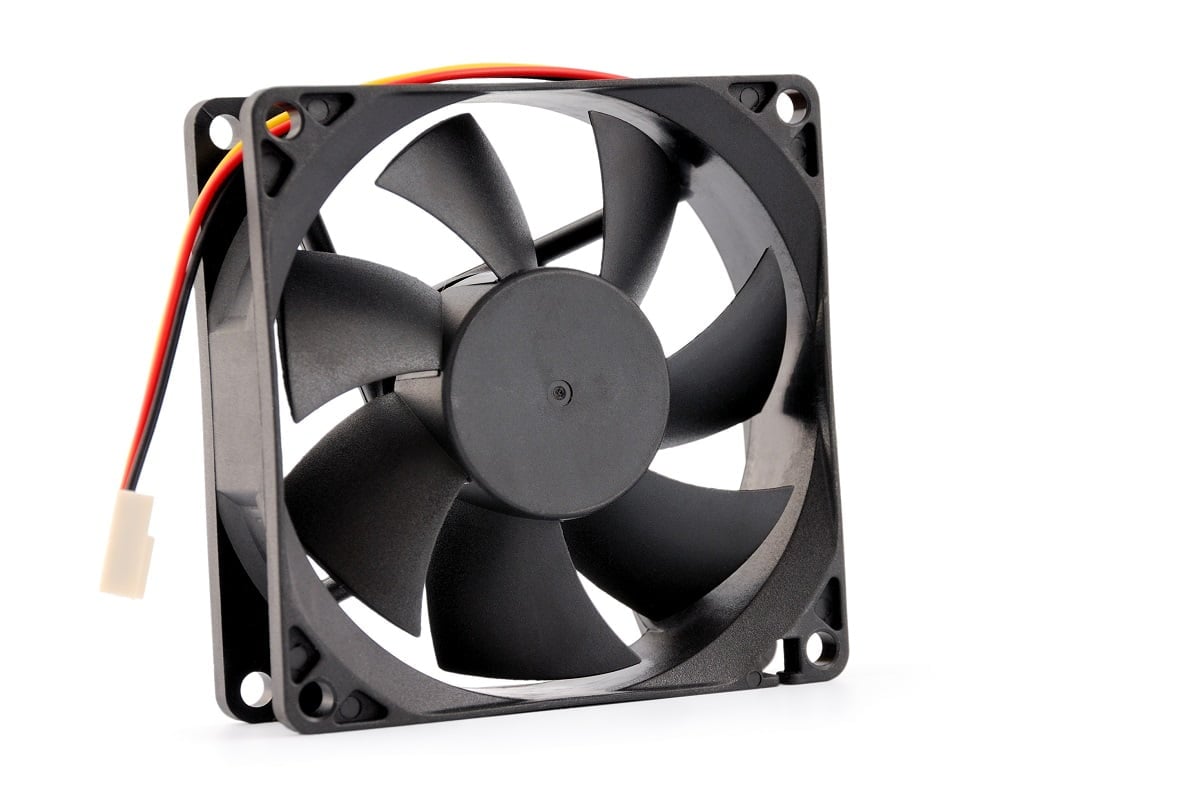 Fans are all around us, so it is only natural that you learn more about how they function. This includes being able to determine the direction in which they blow.

Many people believe that it is a complex task to determine the directions in which fans blow air. But as you can see from the discussion we have provided, it is not at all complex. Rather, it is a fairly simple task if you approach it in the right way.

And that brings us to the end of this brief guide. If you have found this read insightful, we suggest that you check out our article on the difference between an angle grinder and a polisher.

How To Test AC Blower Fan Motor? | All You Need To Know