Water volleyball is fun, exciting, and safe, so it can be played by people of all ages. Moreover, the rules of this game are straightforward, so beginners won’t have a tough time understanding it, which is why it’s a popular sport among college students.

Is one of the best volleyball pool nets lying in your garage?

Sure, summer is the best month to play water volleyball; after all, jumping into the water and passing a ball between two teams without dropping it sounds fun. And the rules of water volleyball are similar to traditional volleyball, but the risk of injury is low.

Here we’ll walk you through 13 things you wouldn’t find in any volleyball rule book. Keep reading! 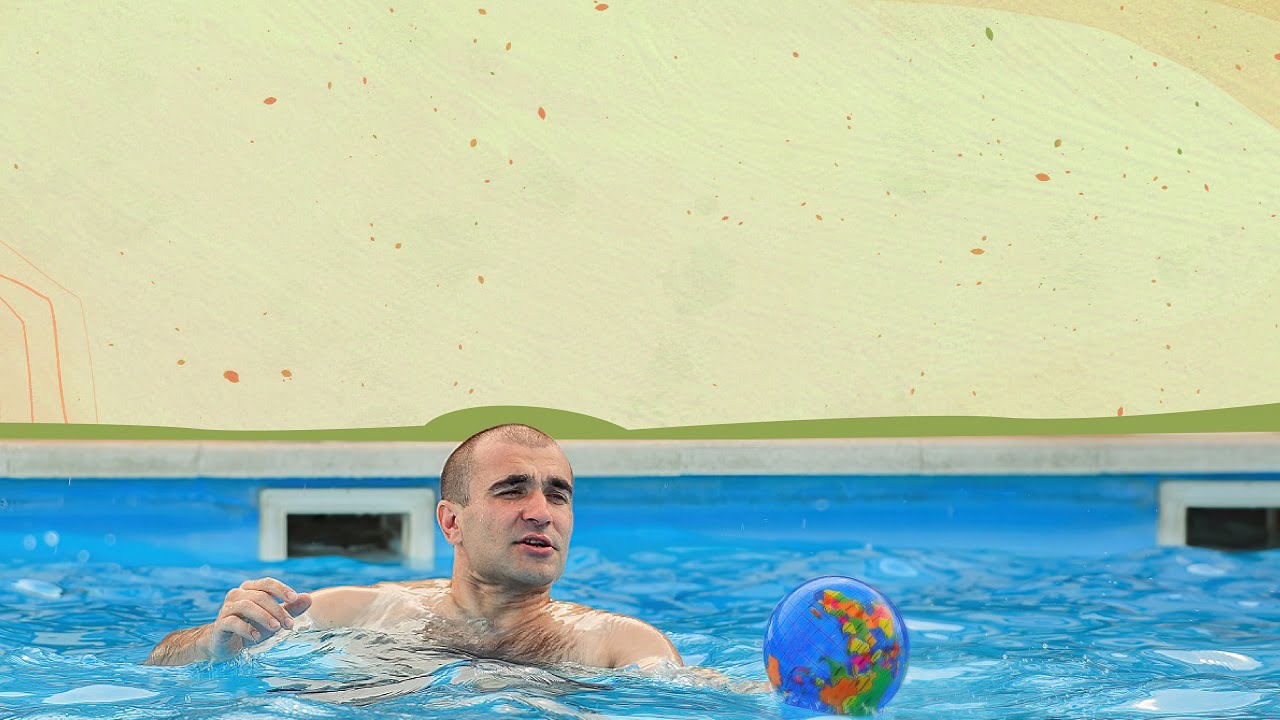 1. The Number Of Players Varies

As against traditional volleyball, each team in water volleyball usually consists of four players– called a four-by-four. If you’re playing in the pool and want to crowd it, you can have a team of six players or six-by-six.

In water volleyball, if players wish to play a co-ed game, they can add two women and two men to each team or three-and-three.

With teams of four players, two are supposed to be in the back, while the other two will be on the net. Even if you play the game with six players, the setup will remain the same.

Water volleyball rules are quite similar to regular volleyball, but there are a few dissimilarities too. They are as follows:

A. Number Of Players

The number of players in water volleyball can be between two and four, depending on the size of the pool. However, court volleyball isn’t as flexible as the former; as such, only six people are allowed in the game, with three on the backline and three on the front.

In water volleyball, the winning score depends on the mutual understanding of players and can either be 11, 15, or 25. Furthermore, the winner must have a two-point lead and win two out of three matches.

On the other hand, the first team who reaches 15 points in the fifth game wins the game in regular volleyball. Moreover, the winning team must lead the game with a lead of two points. Not just that, but it must also win three games out of five to emerge as a winner.

The scoring rules of water volleyball differ from that of court volleyball.

Such as, in water volleyball, you win points whenever the ball lands in the water after passing through the net on the opponent’s side. You also win a point whenever the ball touches the net but doesn’t pass through.

Meanwhile, you win points in court volleyball whenever the ball strikes the court. But remember, the opponent team will win a point if your team members strike the ball more than thrice in a row. Whenever two players of a team touch the ball simultaneously, it is considered as one hit.

One similarity that both water volleyball and court volleyball share is that the opposing team will win a point if you double-hit the ball.

Court volleyball can injure your lower back, shoulder, knee, and fingers, taking a toll on a player’s body. Moreover, as people age, their knees and back become less flexible, so they cannot play court volleyball.

For elderly people, water volleyball is an excellent sport because water is easier on the joints. Among older adults, it has become highly popular, and YMCAs and athletic clubs are training teams for water volleyball.

4. Water Volleyball Is A Great Exercise

Court volleyball is an excellent way to keep yourself fit, but there’s a high risk of injury. But playing the same sport in water boosts your strength and muscle toning without exposing you to back or knee injuries.

Another name for water volleyball is splash volleyball because of all the splashing that occurs in water.

Spanish people call it Voleibol Acuatico, while Brazilians refer to it as Aqua-Volei. On the other hand, Italian residents call it Acqua Pallavolo, and it’s known as Wasser Volleyball in Germany.

6. Water Volleyball Is Different From Water Polo And Water Aerobics

Water volleyball, water polo, and water aerobics are water activities, but they are different from each other.

Water aerobics is a fantastic exercise for older adults because the buoyancy makes it easy for them to use their muscles without putting excessive strain on fragile bones and joints. Unlike water aerobics, water polo is a sport similar to basketball or soccer. In water polo, the player’s objective is to throw the ball in the opponent team’s goal.

However, it’s a tough game because it’s played in a deep swimming pool so that players’ feet don’t touch the floor of the swimming pool.

7. Official Court Dimensions Must Be Followed

Even in water volleyball, players must follow official court dimensions if they intend to play “officially.” A 30 x 60 feet court with a net of about 24 feet long is perfect for playing water volleyball. Note that the net must dangle one foot above the water.

And those wondering what size pool for volleyball is ideal, let us tell you that a pool of four to five feet is sufficient for enjoying the sport.

The court must be adjusted to accommodate players’ ability level and strength. Like, people whose cardiovascular health isn’t good may enjoy playing in a small space.

While the court can be adjusted, you can’t do much when it comes to the size of the pool. So, if your pool is 20 ft wide, your court will also be the same size.

Contrary to what people say, water volleyball isn’t considered an Olympic sport. Certainly, this may invite a lot of mixed reactions from people, but we think that it isn’t regarded as an Olympic sport because it isn’t bound by formal rules.

10. Water Volleyball Is Played In Many Colleges

Are you a member of a club that has a swimming pool? If yes, that’s great because finding a couple of people who are fond of playing water volleyball won’t be difficult.

The water of the swimming pool acts as an equalizer, allowing people of varying skill levels to work together as a team. And since the rules of the game aren’t set in stone, you can play it with two or three players on each team.

12. Water Volleyball Is Played With A Ball Specifically Made For The Sport

In this regard, the GoSports Water Volleyball 3 Pack is an excellent option, whose outer layer is soft and is eight-inch in size. And the best part? It’s a three-ball pack, so you can play the game uninterrupted even if your ball flies out of the swimming pool. However, you can use a soccer ball or a beach ball in case you’re in a pinch.

13. Water Volleyball Is A Fun Sport

Water volleyball is boring– said no one ever! After all, you don’t get hurt in the water; the rules of water volleyball are pretty straightforward, and not to forget, every player is in a cheerful mood. 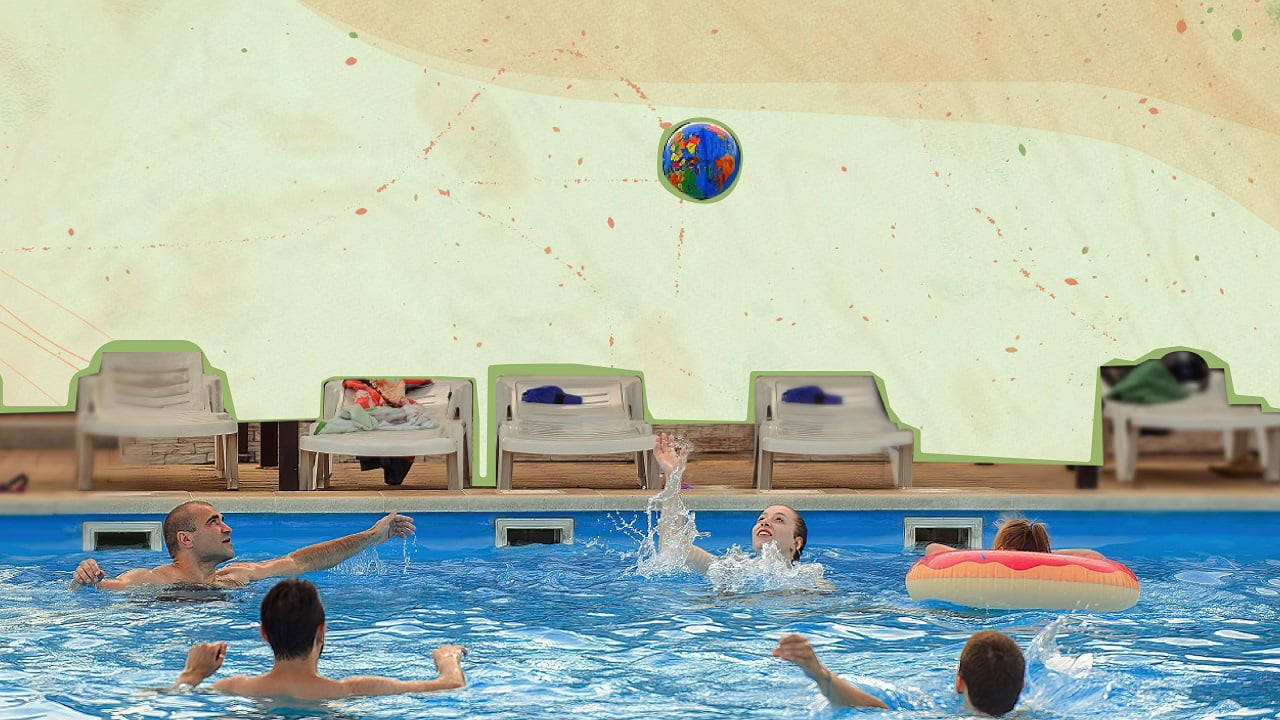 Water Volleyball Wrapping It Up

That’s pretty much it– things about water volleyball that no one told you before!

Like sack races, water volleyball isn’t an official sport, but both are enjoyable. Be it a beach, pool, pond, or lake– water volleyball can be played anywhere, provided the water body is of the appropriate depth and size.

And since it doesn’t exert much pressure on the joints, it makes for an excellent sport for people who no longer play court volleyball. Irrespective of whether your team wins or loses, remember it’s just a game. Have fun, folks!

Can You Use A Backyard Volleyball Net For Water Volleyball?

What Size Pool for Volleyball?