The Riverside Museum of Transport in Glasgow by Zaha Hadid Architects 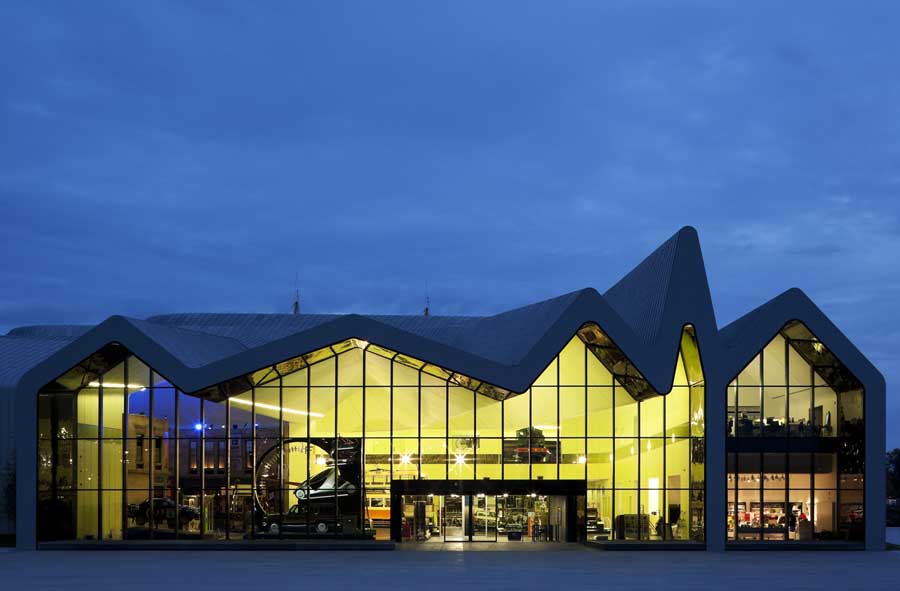 The exhibition is nothing short of extraordinary. Spreading over a surface measuring 7,000 sqm, it houses over 3,000 exhibits previously stored in the former building of the Glasgow Museum of Transport, a vast collection of relics from a prosperous past. Among them visitors can glance at items like the L. S. Lowry: Cranes and Ships, Glasgow Docks or the SAR Class 15F 4-8-2 steam locomotive, No.3007 – built by the Glasgow-based North British Locomotive Company. 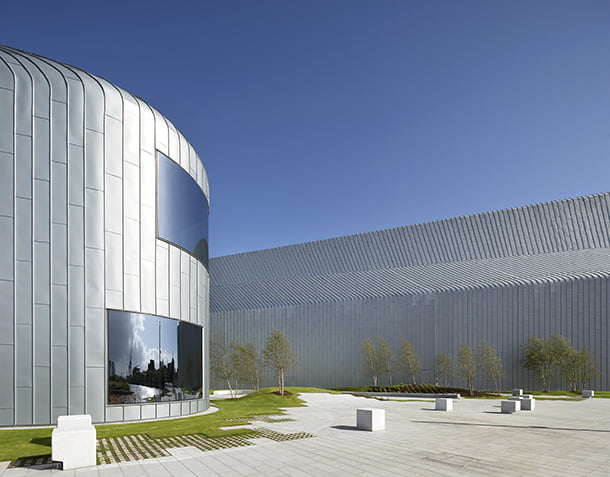 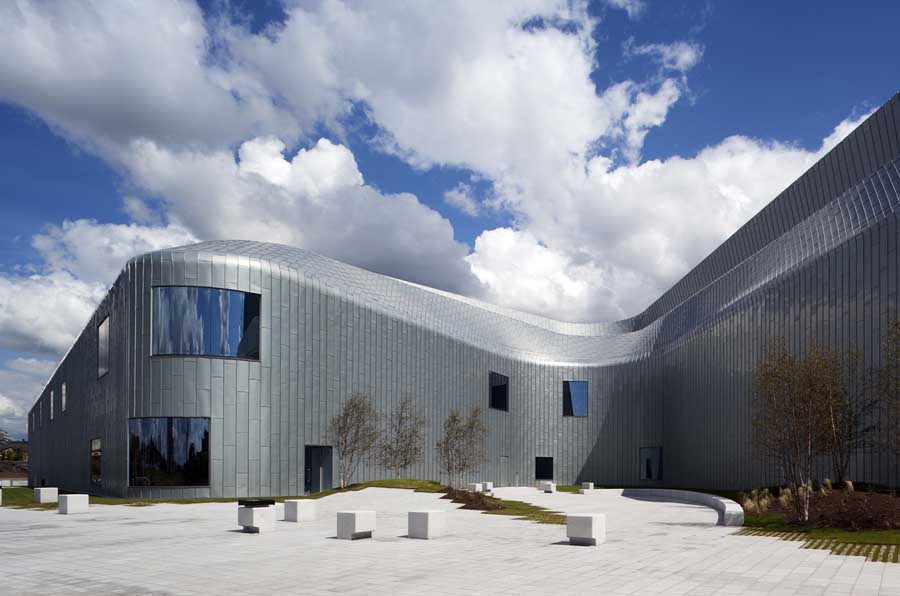 The concept at the base of the project could not have been explained better than the architects themselves:

“The historical development of the Clyde and the city is a unique legacy; with the site situated where the Kelvin flows into the Clyde the building can flow from the city to the river. In doing so it can symbolize a dynamic relationship where the museum is the voice of both, linking the two sides and allowing the museum to be the transition from one to the other. By doing so the museum places itself in the very context of its origin and encourages connectivity between its exhibits and their wider context.

The building would be a tunnel-like shed, which is open at opposite ends to the city and the Clyde. In doing so it becomes porous to its context on either side. However, the connection from one to the other is where the building diverts to create a journey away from the external context into the world of the exhibits. Here the interior path becomes a mediator between the city and the river which can either be hermetic or porous depending on the exhibition layout. Thus the museum positions itself symbolically and functionally as open and fluid with its engagement of context and content to ensure it is profoundly interlinked with not only Glasgow’s history, but also its future. Visitors build up a gradual sense of the external context as they move through the museum from exhibit to exhibit.” 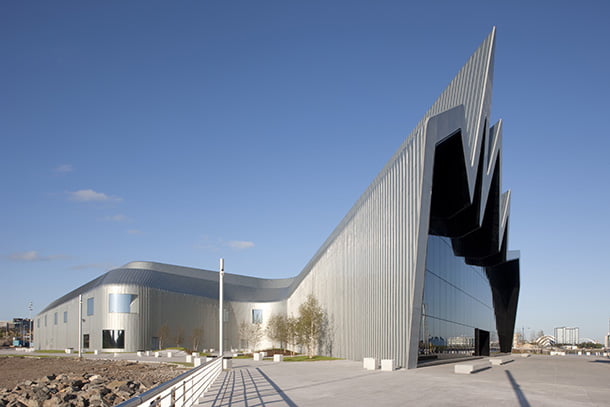 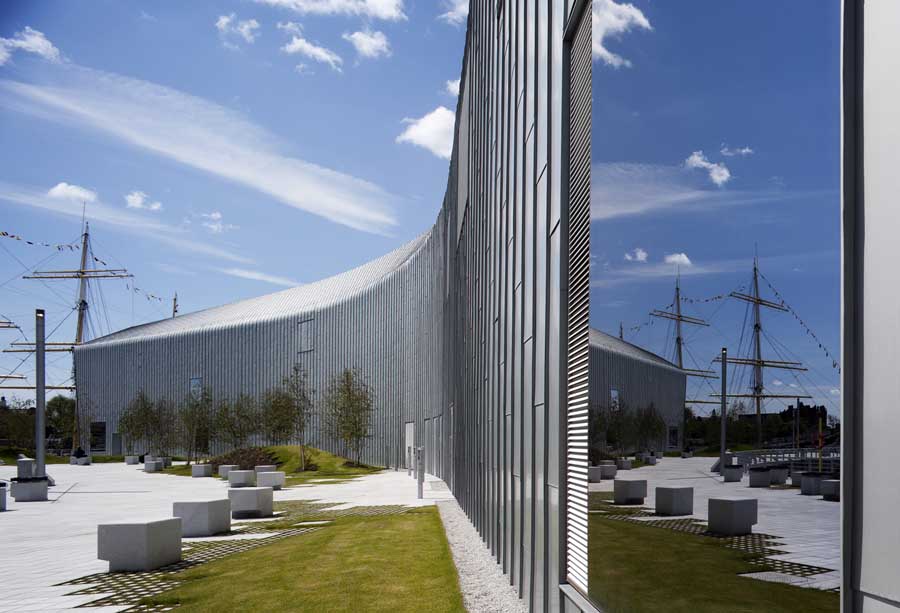 The design is basically a giant tube, opened at both ends, which the architects have shaped in two ways. First of all there is the very intriguing roof which resembles a scenery from the Alps and, just like the mountains, it takes the shape of peaks and troughs, creating a very dynamic facade and a very interesting interior. Their second intervention consists of bending the shed twice, resembling the form of the letter “Z”. The visitors cannot see the other end of the building from the entry point, fact which turns the tour through the museum into a labyrinth-like route, creating some sort of mysterious and magical place and enhancing the will to go through the entire exhibition and to get a sense of the place. The interior does not benefit from any natural light, mainly because in an exhibition there should be no direct sunlight because it affects the perception of the exhibits. Instead, artificial light is used which can be manipulated to enlighten the internal space as the architects desire and to provide visitors with a proper perception of the exhibition. It also allows them to focus on the observation of the items. 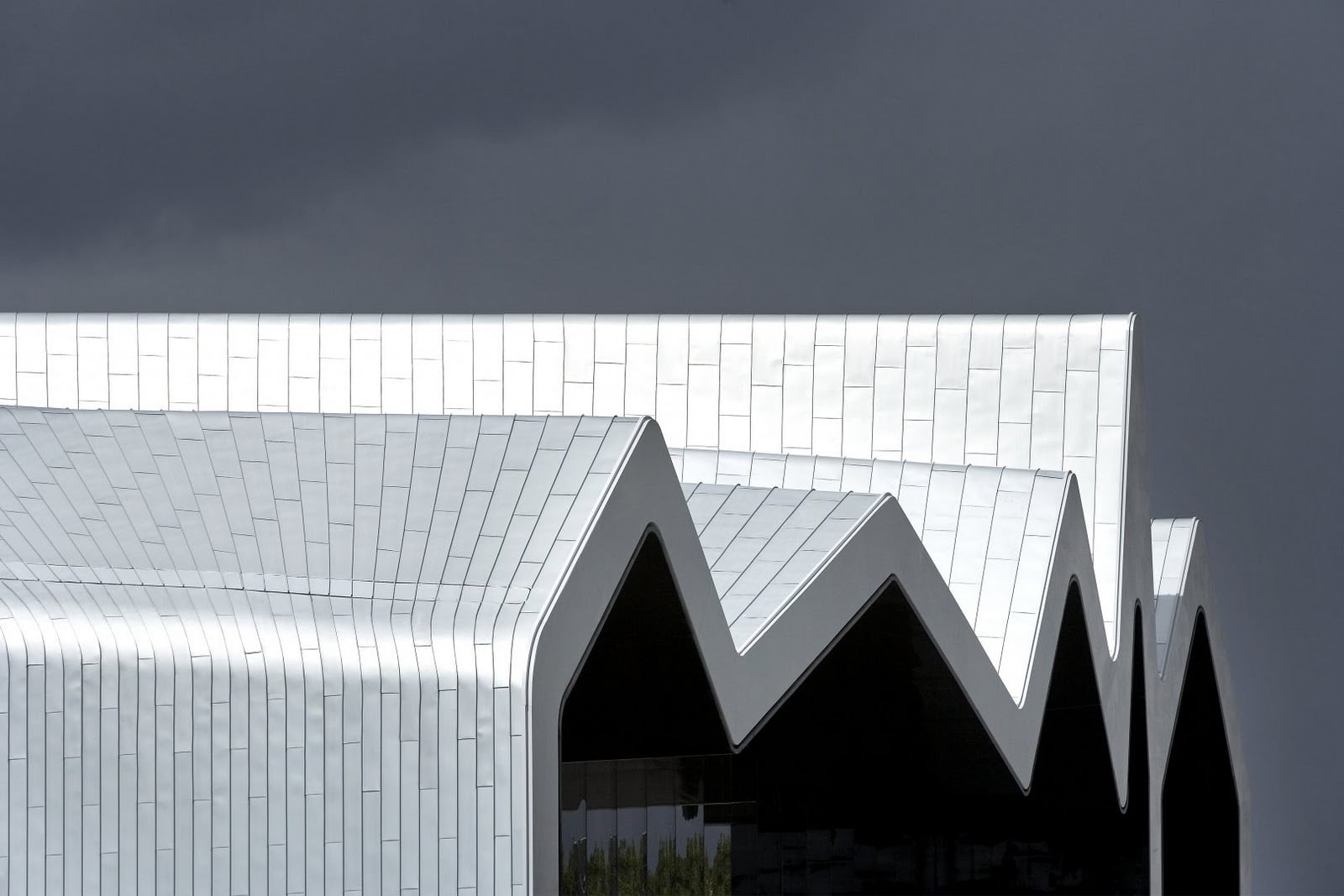 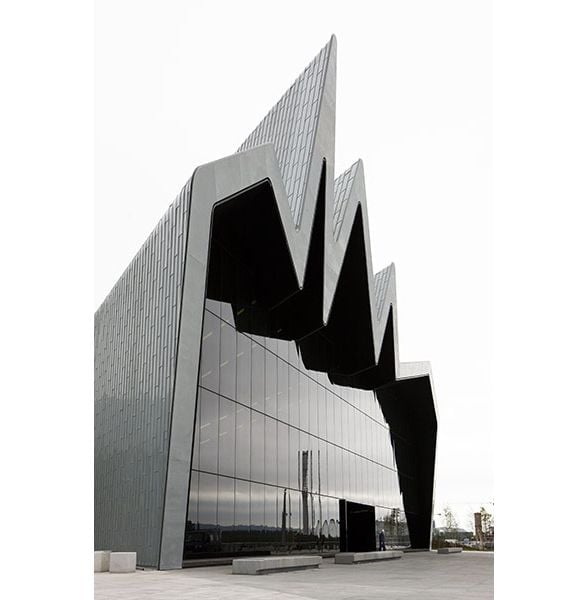 The amazing thing about this project is the attention to detail given by the architects. Every aspect of the project has been properly designed and optimized to meet its purpose. I mean they have taken into consideration everything from the relationship between the architectural object and the landscape to providing the visitors with a most interesting route and not just with a storage space for the automotive relics. They sorted it all out. And above all of course its the exterior shape of the building which impresses and gives the museum a sense of personality and character. 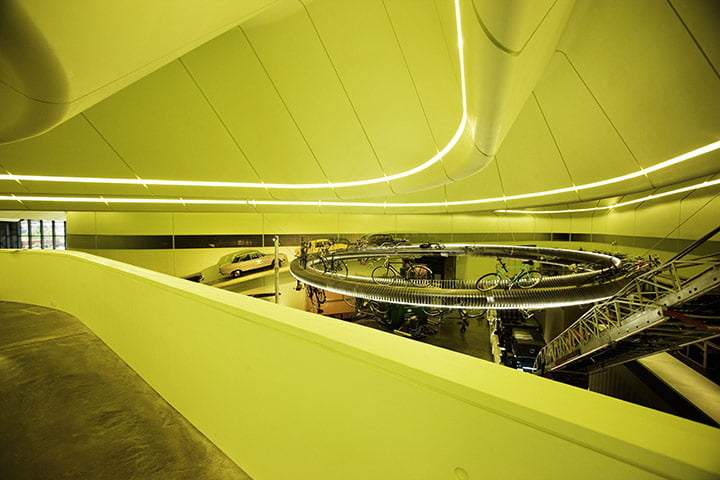 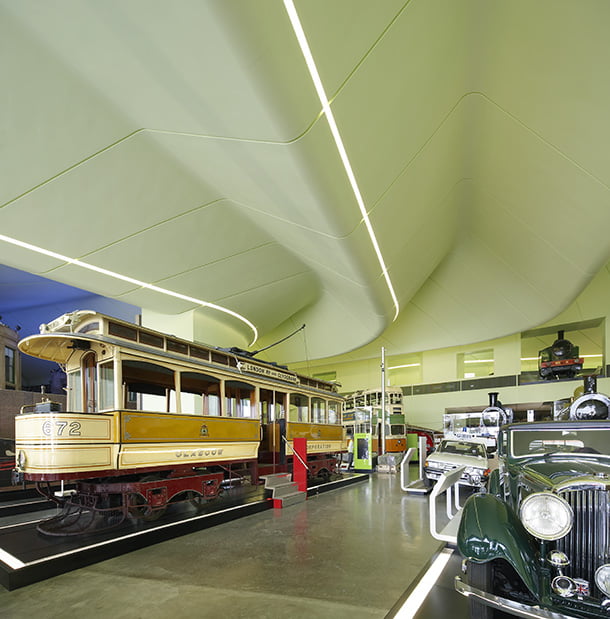 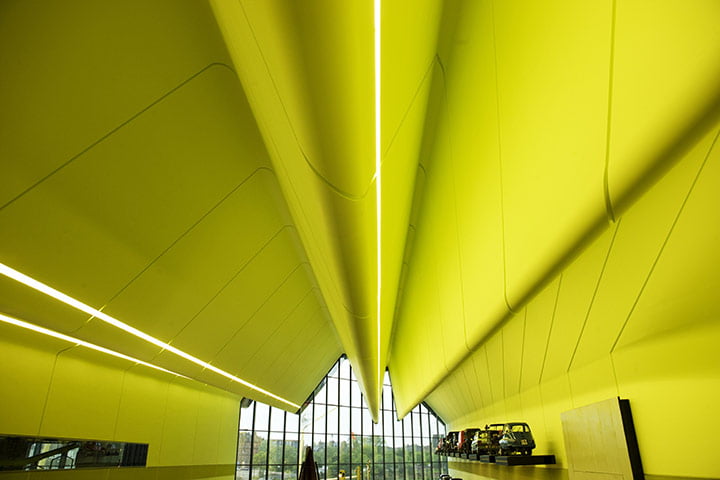 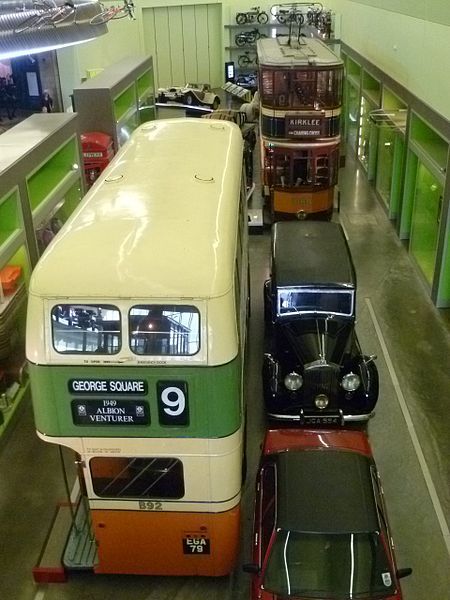 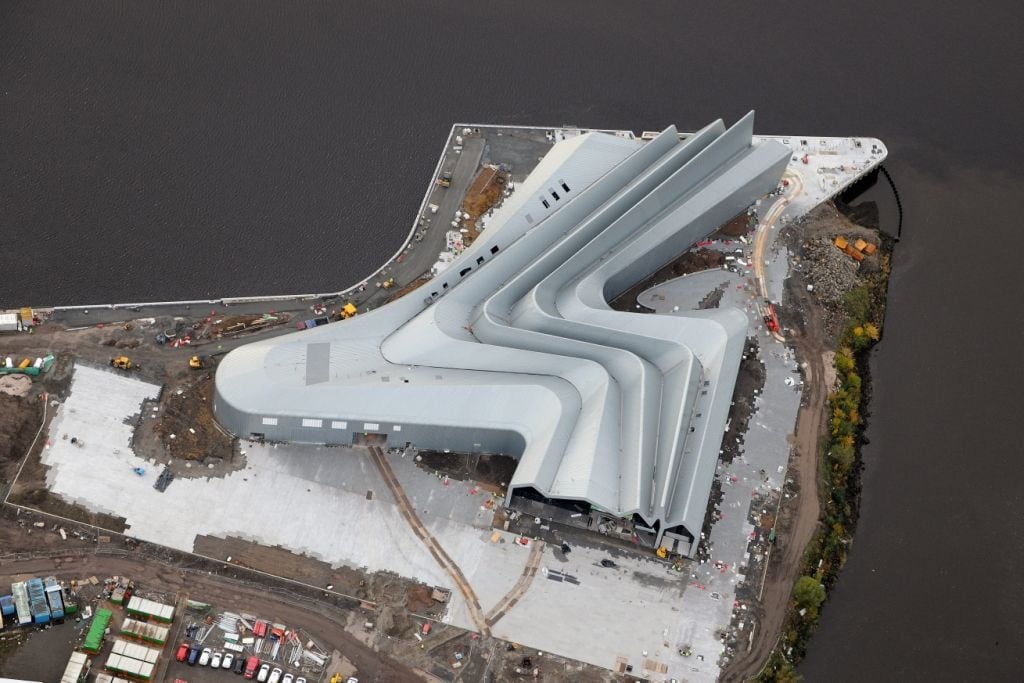 A Different Design-Alamillo Bridge in Seville by Santiago Calatrava