A splendid illustration containing one snail and sunflower depicts the natural environment in all its beauty. The tutorial “Learn How to Draw a Sunflower and a Snail “that follows is the fourth part of our Cool Things to Draw Collection that we highly encourage you to visit if you`re interested in sketching and drawing. More information about sunflowers, snails and the tutorial itself, after the break.

A few fun snail facts for kids and a few interesting facts about the sunflower have been featured below, these are here to sustain the drawing educative process. Cast a glance.

Learn How to Draw a Sunflower and a Snail

STEP 1  – one ellipse and one circle

Draw one circle at the ground level and an ellipse that will become the sunflower gazing at the snail. The body of the sunflower can also be fixed here with a simple line. 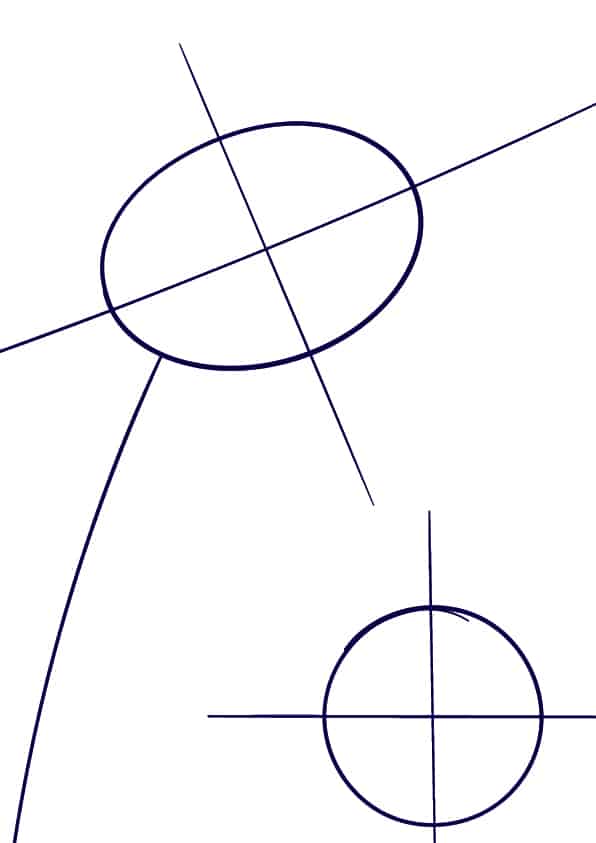 Add two more circles for the snail, these will help you represent his body. The ellipses on the sunflower should be divided at this step to form the petals further on. 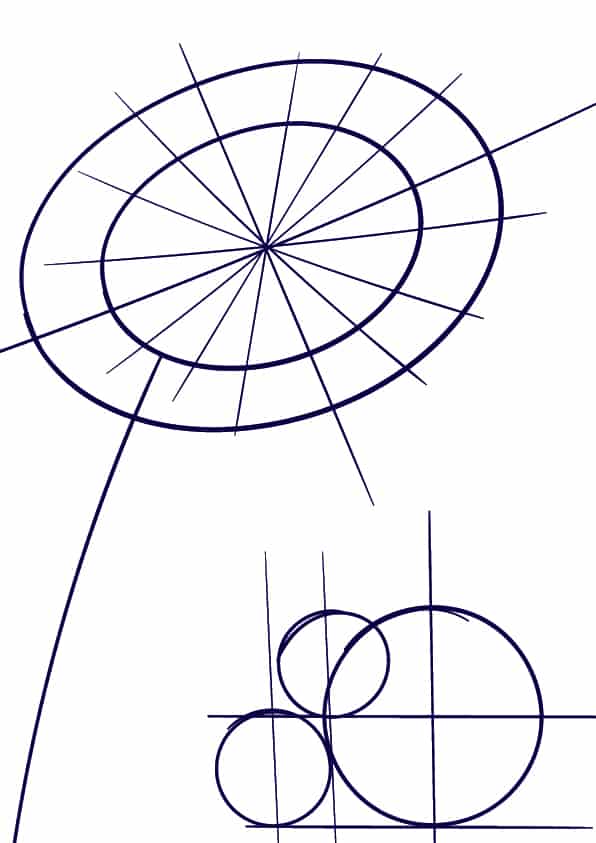 The petals have arrived and so did the rest of the sunflower. The snail now has a body constituted from the previously drawn circles. Two new circles will now look at the sunflower, about to form the eyes. 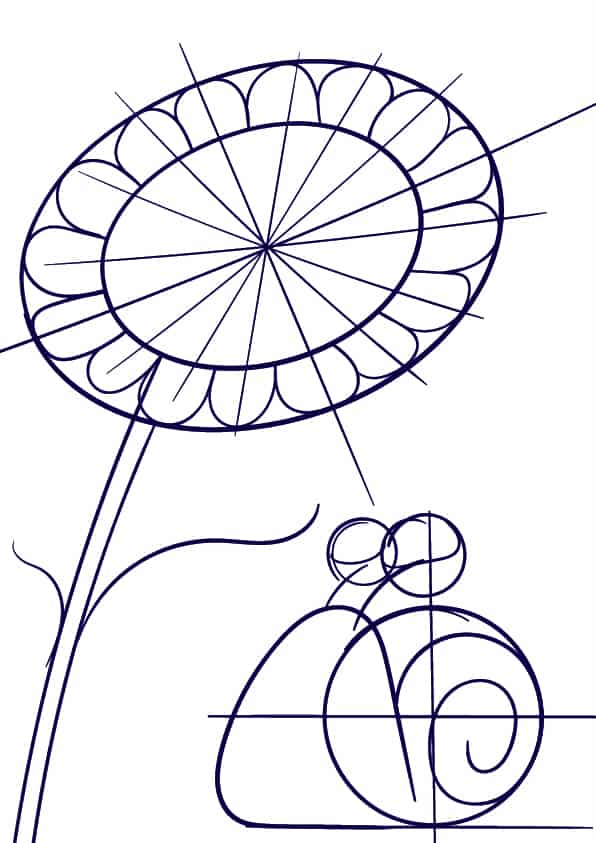 STEP 4 – humanize the drawing with faces

To form a three dimensional sunflower expression use construction lines aimed to articulate the round surface on which the eyes and mouth will reside. On the snail things are a little easier as his mouth is more or less in the same plane. His eyes should be now shaped with concentric circles in the spheres, circles earlier drawn. In this tutorial they kindly salute each other through a smile. Two leaves have also been added to the sunflower`s body. 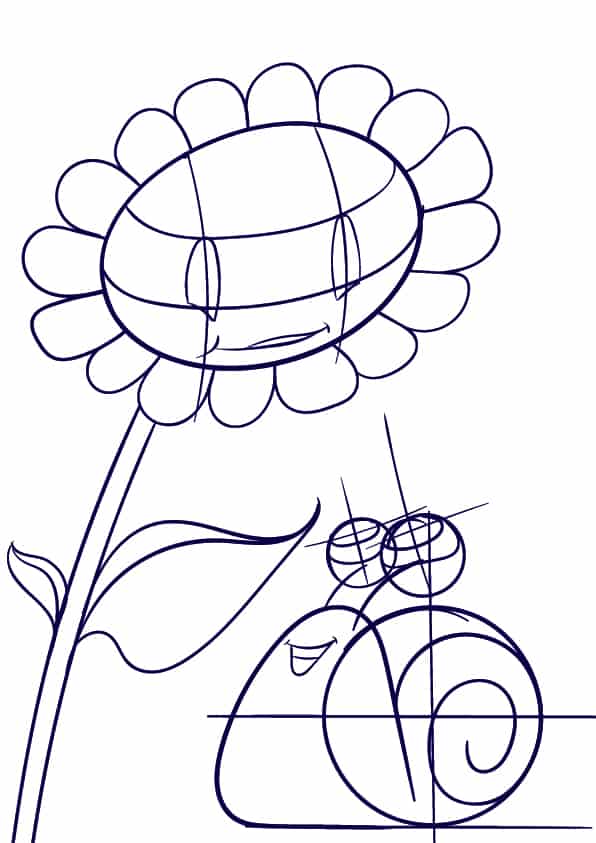 In this step things become clearer. The eyes of the snail are being detailed along with the sunflower`s petal. The construction lines can disappear making things crystal clear. 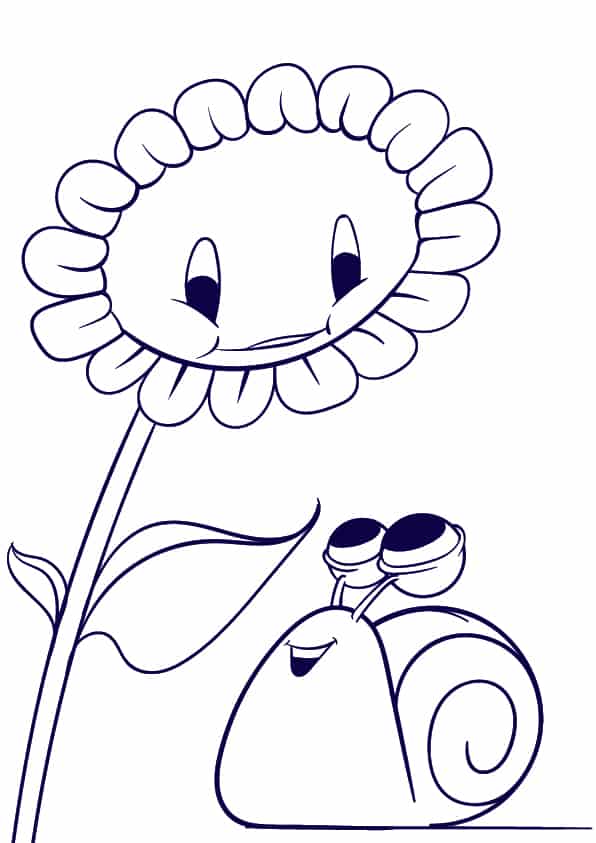 The beautiful meeting between the two happened in nature, we are to showcase this by adding additional elements into our composition. One more flower in the background, a bee and grass that grounds the scene joined the scene beautifully. Get creative and shape something unique. 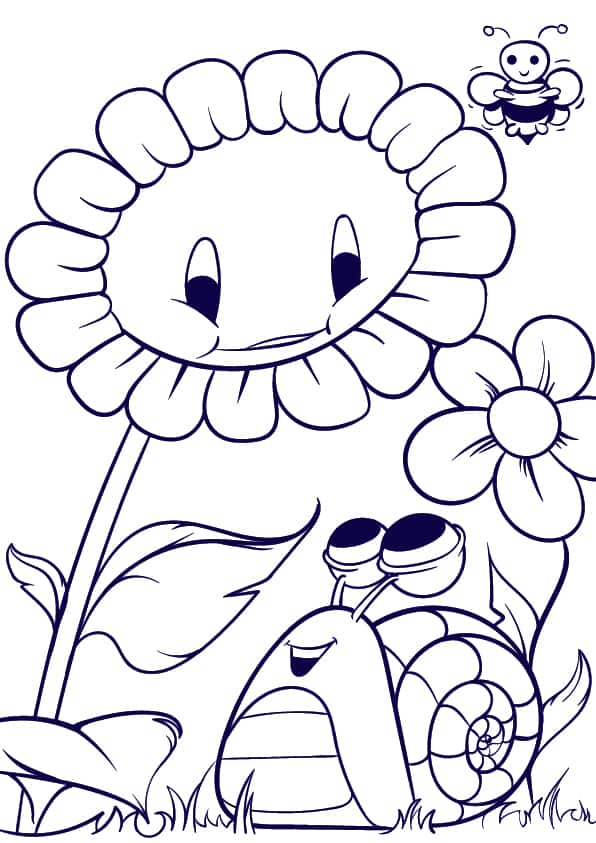 This step is optional yet the whole compositions gains depth and a bit of contrast when simple shades are added. The sunflower`s shade over the flower in the background makes the biggest difference here. 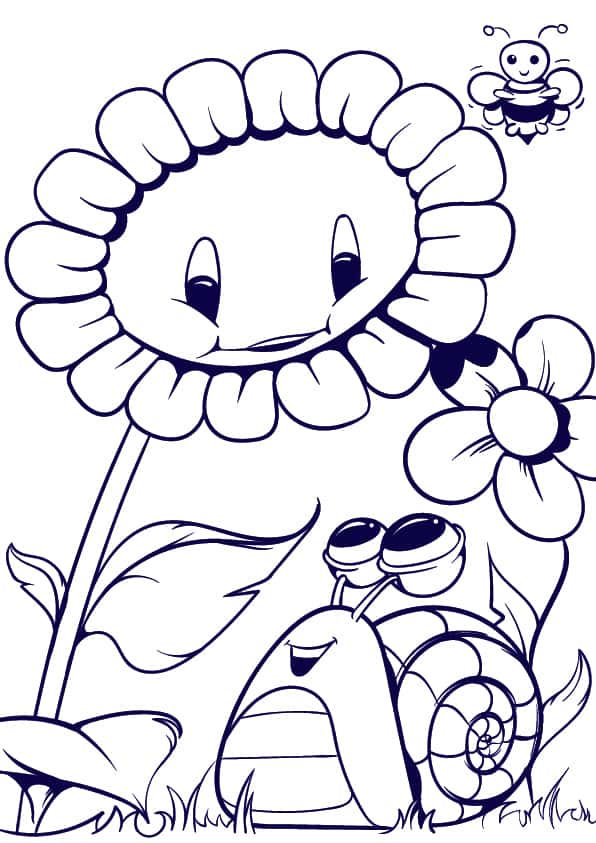 It is time to make things positive, colorful and cheerful. Take the brightest and  happiest colors you have and color the piece and have fun in the process. Needless to say that the new artwork should at-least go up on the fridge if it`s not to be framed for the living room. 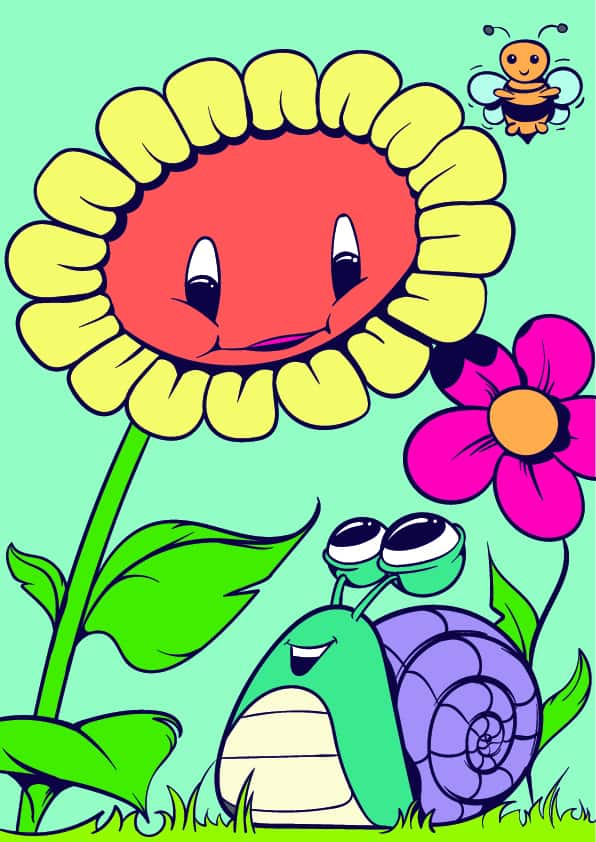 The beautiful scene is done and hopefully this process has been productive and educative for you and the little one alike. What do you think? We would love to hear from you in the comment section below.

This feature is part of the “Things to Draw” Collection of drawings realized by Homesthetics Magazine in partnership with Designaissance Studio. The contents of the tutorial are copyright protected as it is the collection itself; if you are interested on sharing the drawings on your website or magazine please contact the magazine. Feel free to print or share the page for educative purposes as this is the definitory purpose of our mission with this collection.

Learn How to Doodle – Cartoon Scene Step by Step Tutorial