To carve wood would translate into removing layers of wood in order to obtain a particular shape envisioned, it is the reverse of wax or clay sculpturing, practices in which the material is added and then shaped to generate the desired form, in wood carving material is subtracted.

Carving is a technique known to mankind for thousands of years yet in recent years with the mass produced items the traditional practice of hand carved doors becomes a niche form of art for the enthusiast only. Immense authenticity and originality defines a hand carve item and to emphasize on this sentiment we have curated a selection of brilliantly intricate hand carved doors meant to feed your imagination. 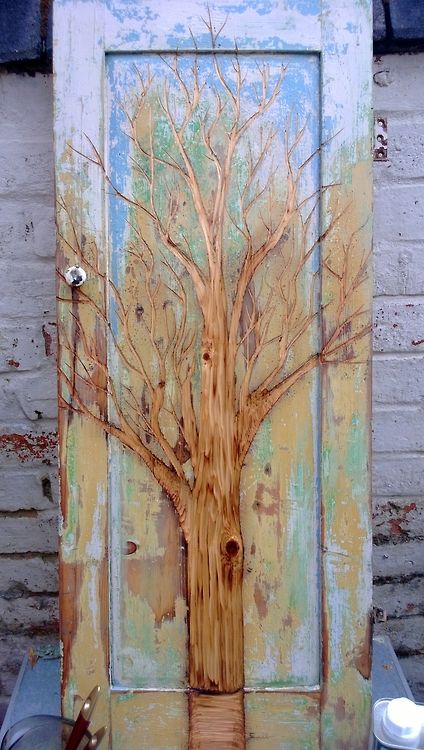 An old door that stood the test of time, it shaped memories exposed through the withered paint on its surface has now been used as a canvas, the tree illustrated brings forward the pure wooden essence of the material in a highly sculptural and graphic form, a piece of art. 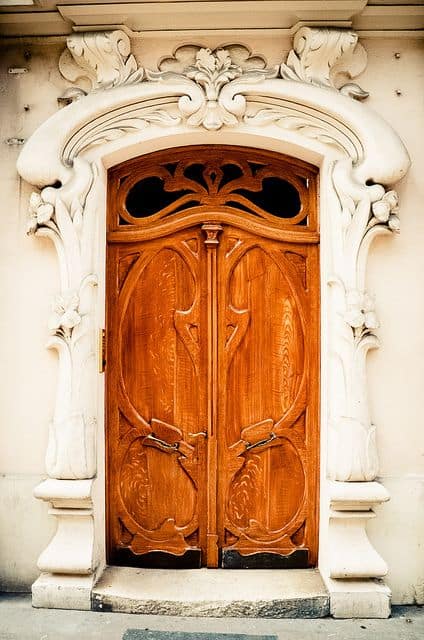 Architectural artifacts of the past emphasize the world with such wonders everyday, all around the world the historical city centers showcase exemplary doors towards the past. 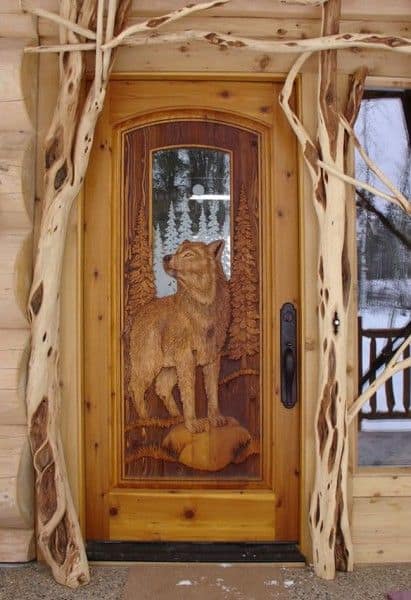 Hand carved doors are commonly used by the rustic design line, in contemporaneity they`re commonly envisioned for wooden cabins, rustic chalets often portraying wildlife or the natural habitat in which the construction resides. 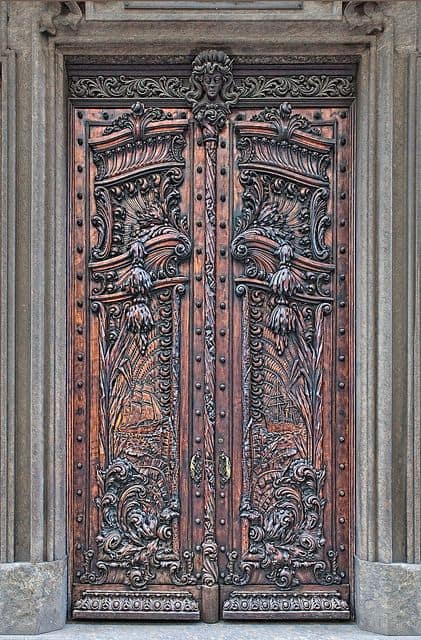 Memories of the past, messages and stories infused into wood carved doors that have beautified our existence for centuries and will continue do so for years to come. 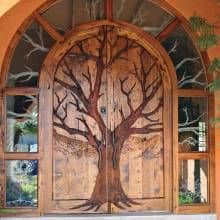 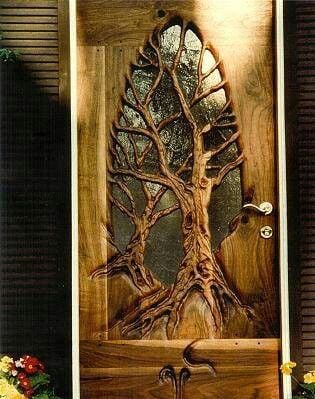 Trees sculpt the windows of a hand carved door, a common element, they represent the pure essence of the material, a reverence to it and the surrounding natural environment in which these piece of artwork often reside. 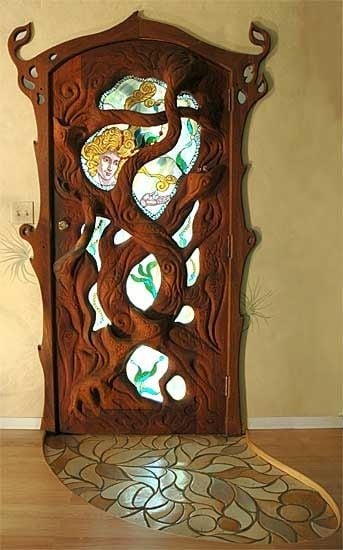 A whimsical entrance that sculpts trees around painted glass, ensemble that seems inspired by the realm of Tolkien, it can emphasize an extraordinary fairy-tale ambiance. 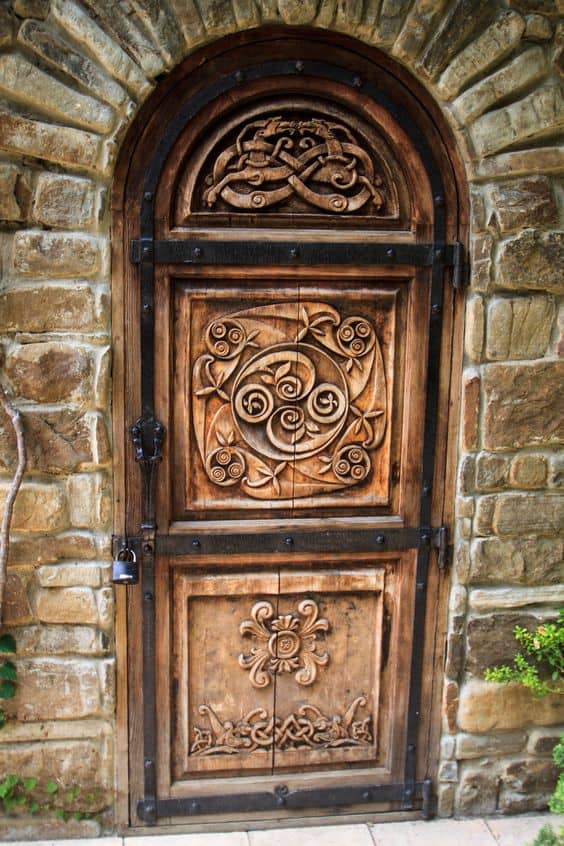 Natural stone and wood kept together by iron, a much appreciated recipe from the past. 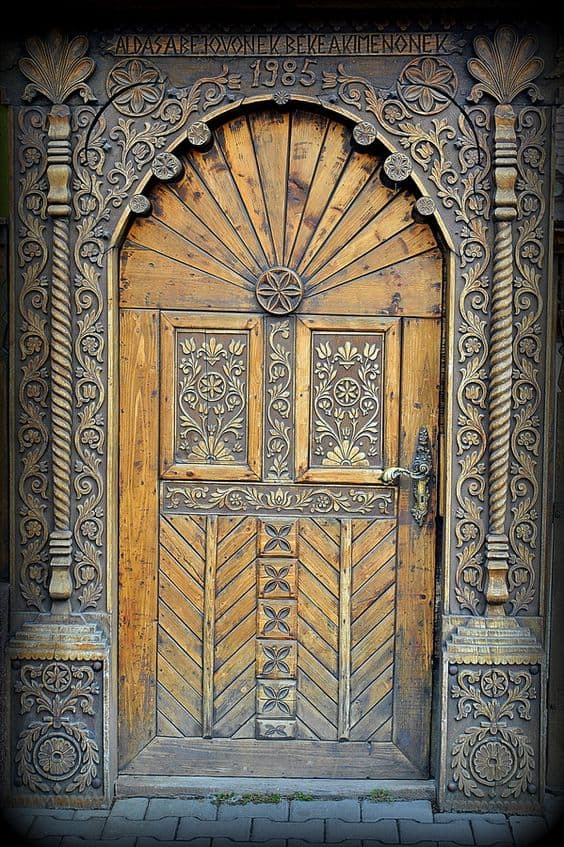 Floral motifs and the natural environment in general are a recurring motif in hand carved wooden items.

Geometrical interpretations can be encountered in the world of wood carving too, search for something that inspires you. 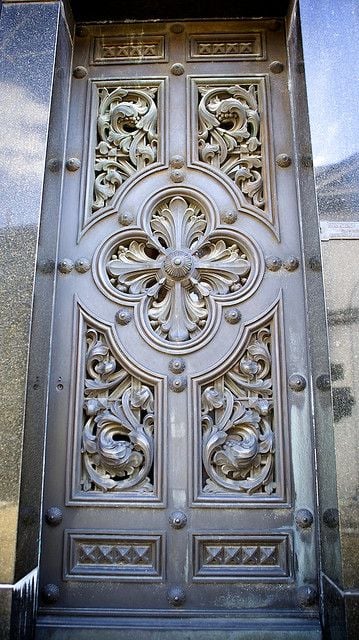 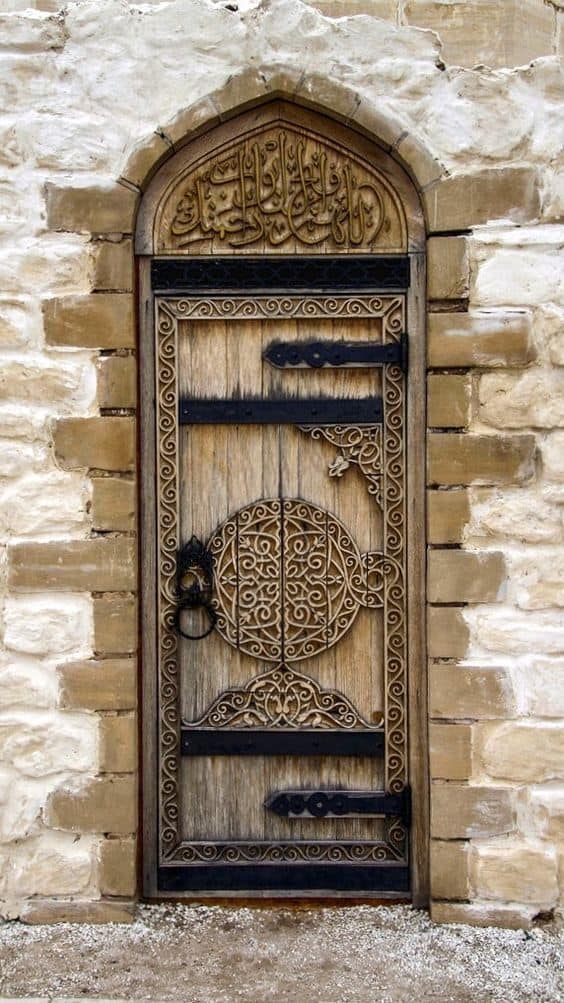 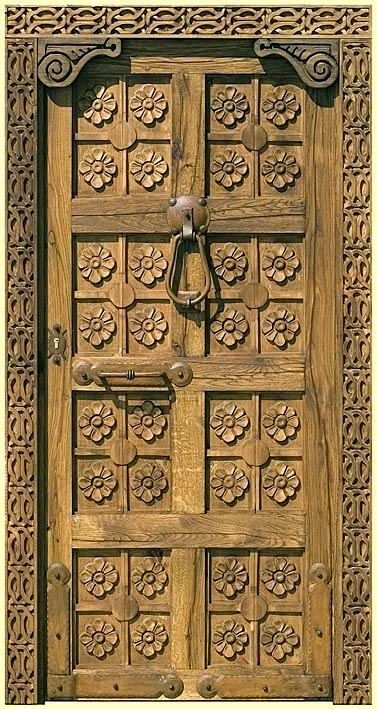 Simple designs can go a long way, scale is key. 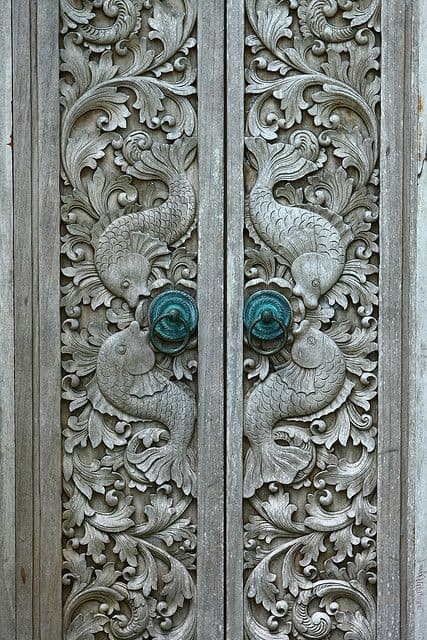 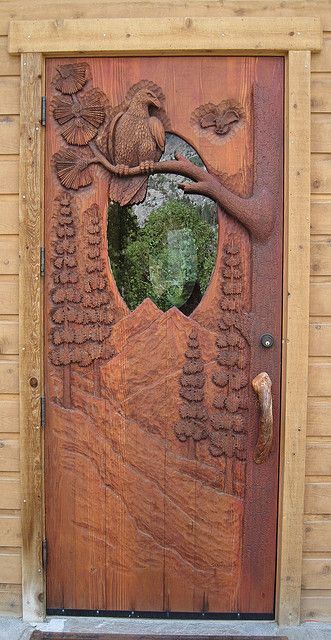 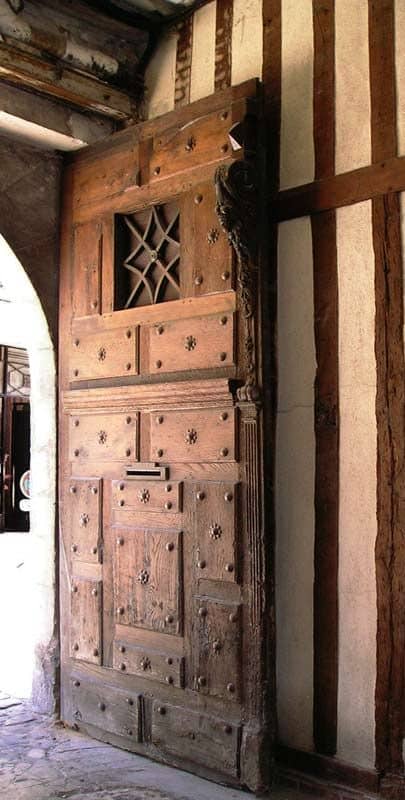 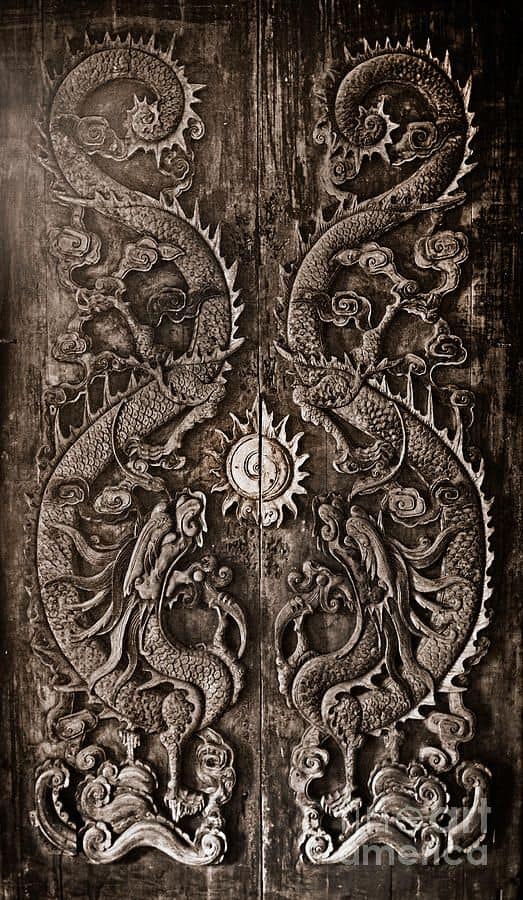 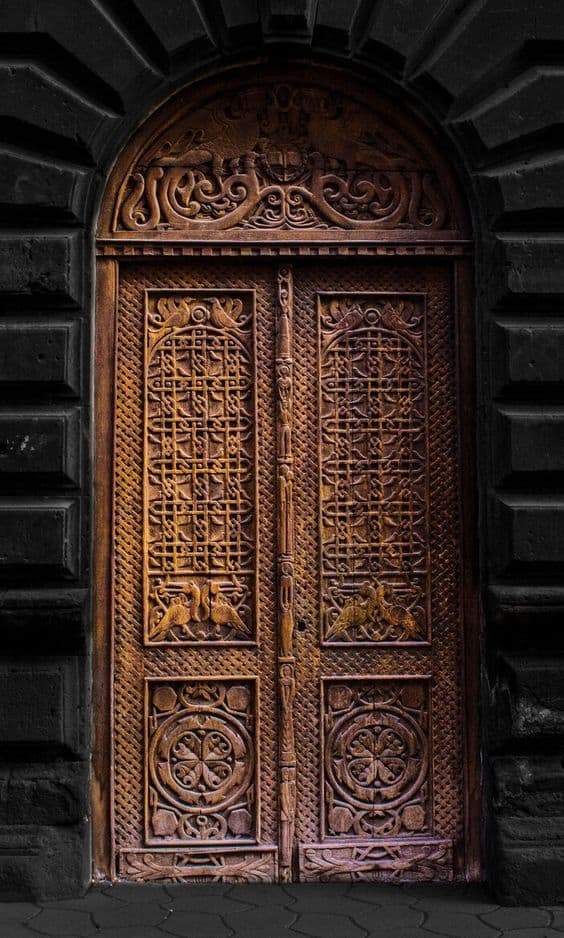 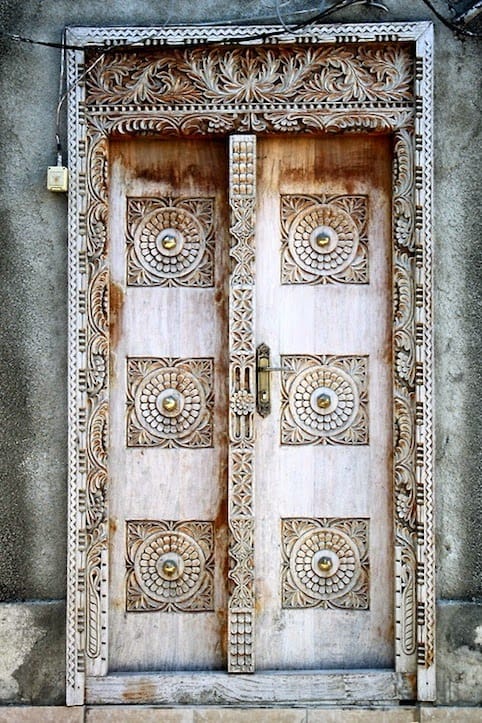 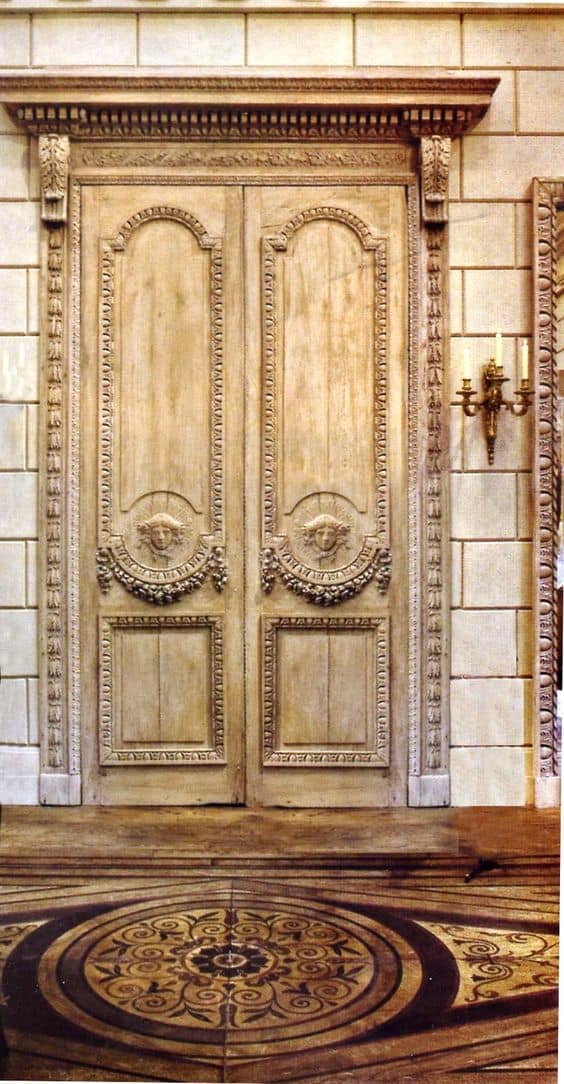 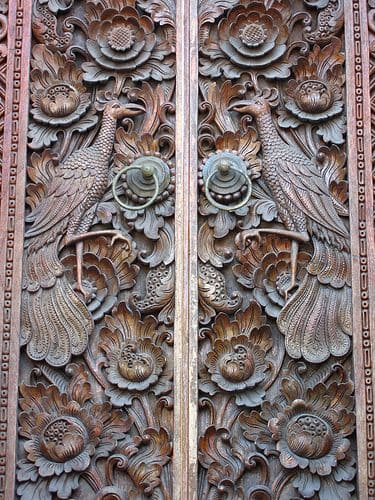 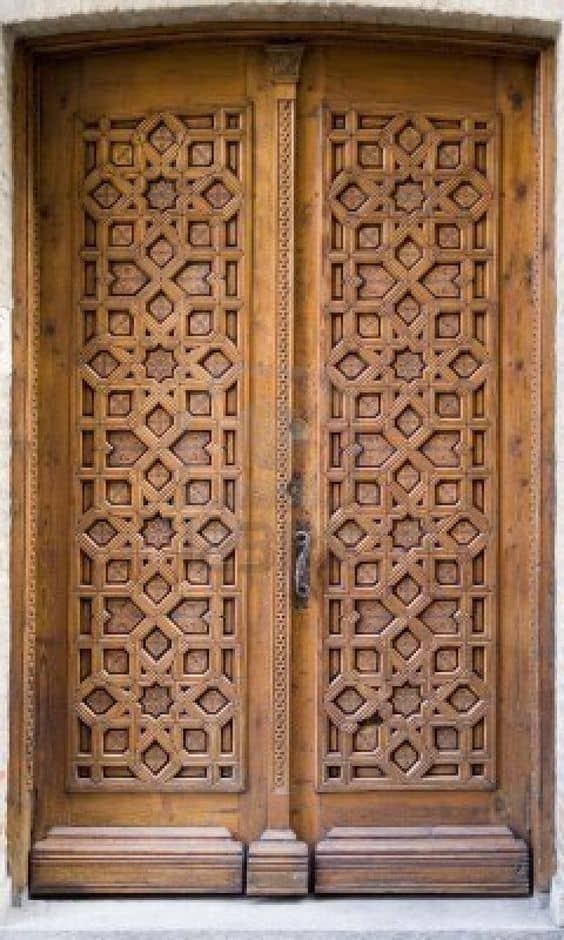 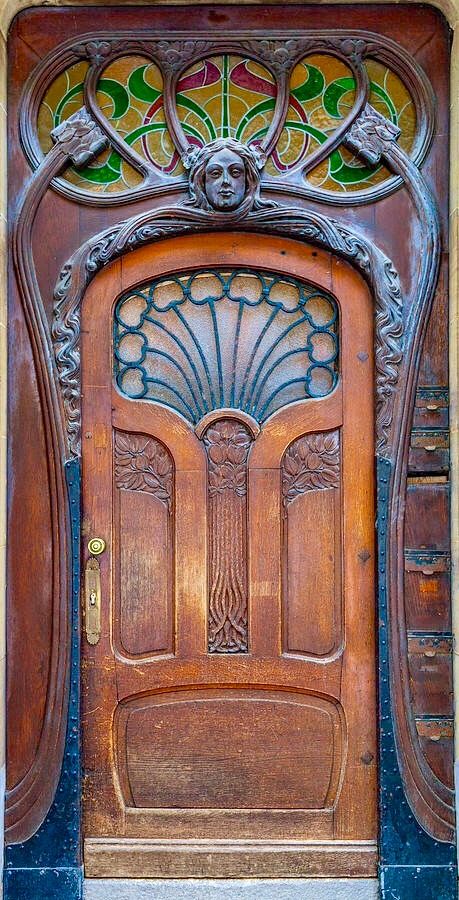 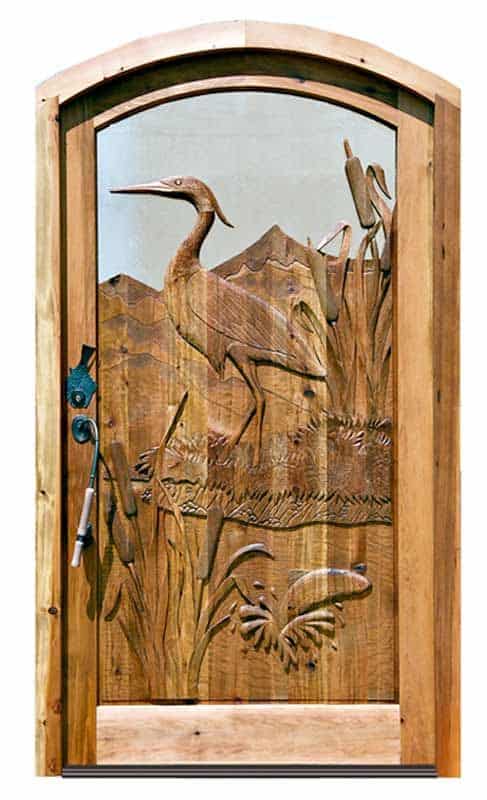 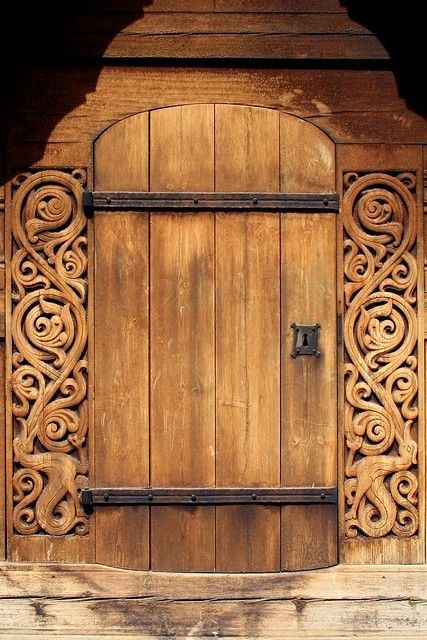 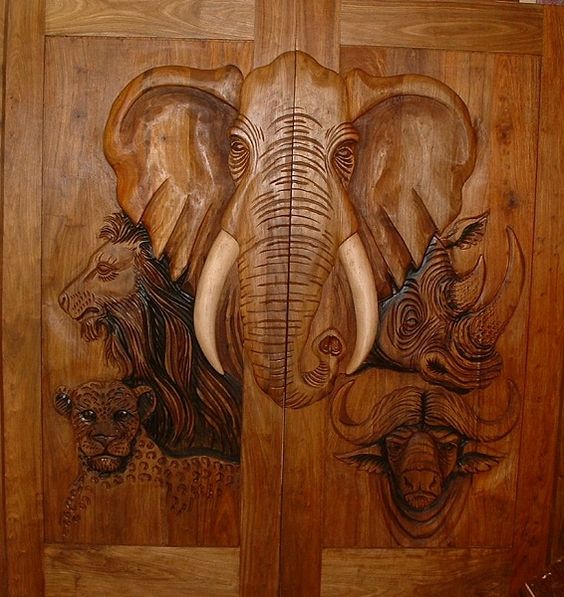 Wood carving is something unique, intricate and spectacular, a door of this kind encapsulates the experience of the sculptural in a beautiful piece of art that will change your facade to an extraordinarily beautiful extent. How do you see wood carved doors and what`s your favorite design from the gallery above? We would love to hear from you !