Simply put, abstract art strays far from the notion of representing real-world objects in art form. It uses colors, shapes, gestural marks and forms in a bizarre and quirky way to achieve its effects.

Sometimes, abstract art can be based on real-life objects, living beings, and landscape. However, unlike traditional art forms, abstract art distorts the concept of reality. It represents these things in a simplified and schematic way.  One such example of this art form is Van Gogh’s style which was termed post-impressionism.

In this article, we will dive into the bottomless abyss that is abstract art and explore it in great detail. So read along to find out everything you need to know about abstract art.

Although the popularity of abstract art did not pick up until the 19th century, the earliest examples can be traced back to Tang Dynasty painter named Wang Mo. Unfortunately, none of his paintings have survived to this day.

However, the legacy of his unique splashed-ink painting style was carried forward by a Song Dynasty painter named Liang Kai (1140 – 1210). The “Immortal in Splashed Ink ” seen below is one of his most popular paintings. 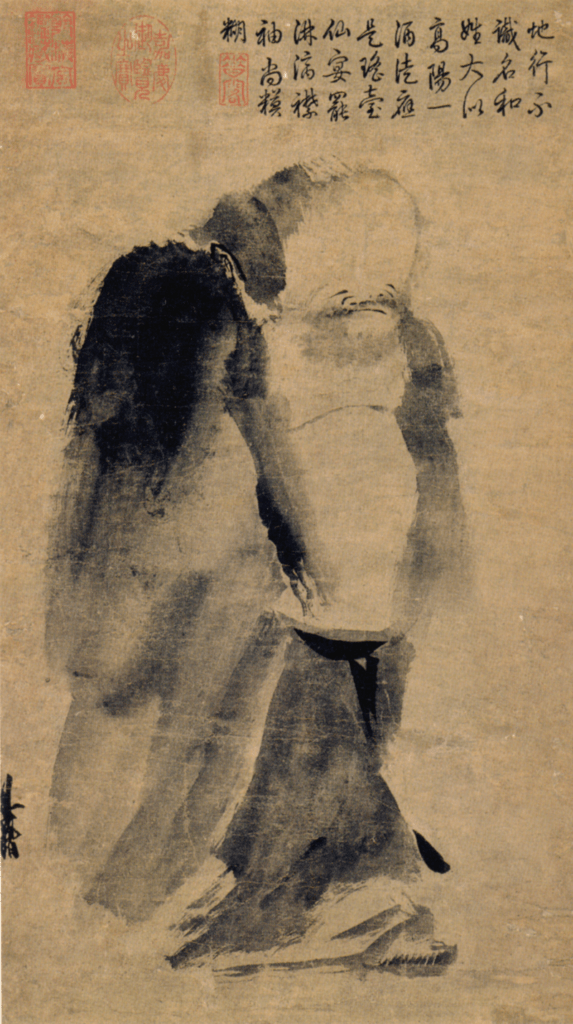 Liang Kai was not the only famous Song Dynasty painter. In fact, during the late stages of the Song Dynasty, a painter named Yu Jian created beautiful splashed ink landscapes which inspired many Japanese Zen painters. One of his most famous works, the “Mountain Market in Clearing Mist” is shown below. 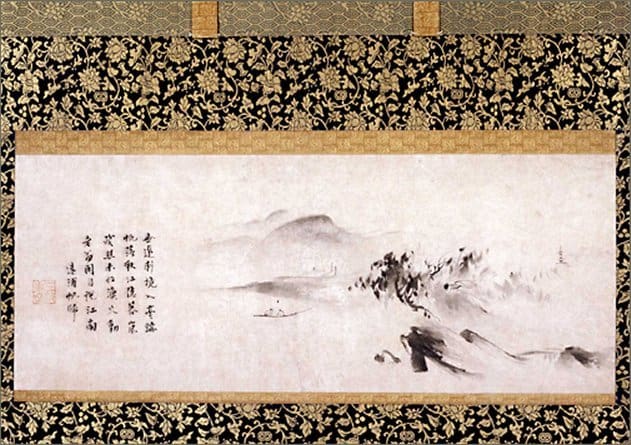 Abstract art as we have come to know it today was shaped by three art movements, namely Romanticism, Impressionism, and Expressionism. In the 19th century, artists experienced freedom which never existed during the Renaissance period due to the patronage from the church.  Moreover, during this time, private patronage from the public increased substantially, and this ensured that the artists could earn a livelihood from their paintings.

The “Nocturne in Black and Gold: The Falling Rocket” (1872) by James McNeill Whistler is one of the finest examples of abstract art from the 19th century. Rather than putting emphasis on the depiction of objects, this painting focused on visual sensation. 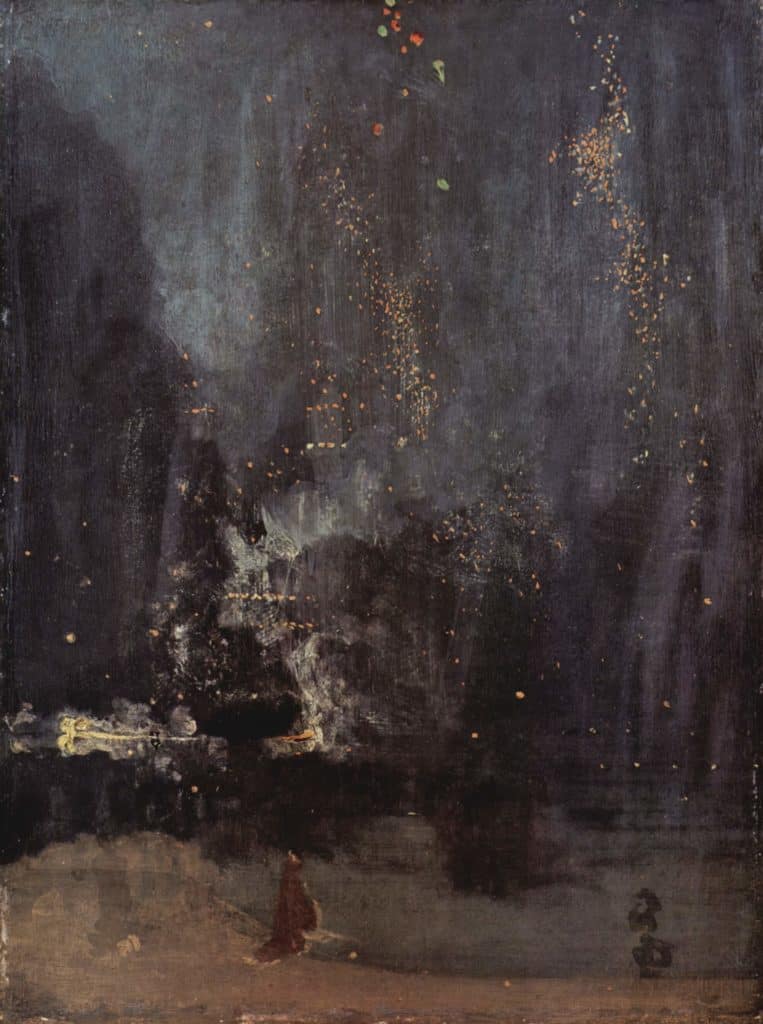 Abstract Art In The 20th Century

While abstract art in the 19th century revolved around Romanticism, Impressionism, and Expressionism, the art form saw a shift towards Post Impressionism during the 20th century. The art in this period was characterized by the expressive use of color coupled with free and boundless imagination.

The abstract works of Van Gogh, Cézanne, Gauguin, and Seurat dominated the art landscape of 20th century and eventually paved the way for the development of modern art. Van Gogh’s most famous artwork, “The Starry Night”, is one of the finest examples of abstract art to emerge in this era. 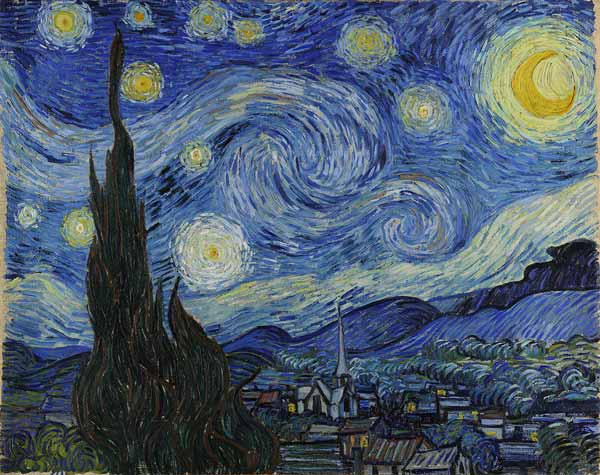 The curvilinear style is characterized by smooth flowing curved lines which are used to form abstract patterns like swirls, circles, and spirals. Sometimes these curving lines are used to represent human facial features as well. In this form of abstract art, you will not find any right angles or straight lines. 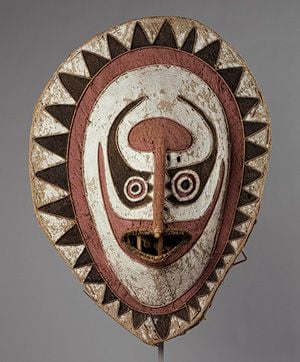 The color-related or light-related abstract art can be observed in the works of Oscar Claude Monet and Joseph Mallord William Turner. This type of abstract art is characterized by a swirl of pigment in every painting which eventually makes the pigment indistinguishable.

In his lifetime, Monet produced many watercolor paintings which displayed this technique. One such example from his most famous series of paintings, “Water Lilies”, is shown below.

Unlike art from the Renaissance period which was underpinned by the logic of perspective in an attempt to make objects as real and lifelike as possible, geometric abstraction is quite the opposite because of its two-dimensional approach. Moreover, this art form strays far from representing real-life objects.

Theo van Doesburg’s “Composition VII (the three graces)” is one of the most famous examples of geometric abstraction in the 20th century. 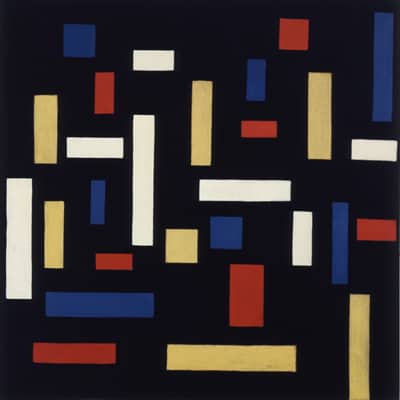 Gestural abstract art refers to a particular process of making art. Here, the subject of the painting is not important; rather it is the way it gets painted. While most art forms have a premeditated approach to applying paint, gestural abstract art depends on intuition.

In other words, the artist’s honesty, intuition, and deep personal emotions are expressed through this art form. Jackson Pollock’s Number 5 is a great example of a gestural abstract painting.

Moreover, it is not just confined to geometric shapes; it is rather based on simplicity. Ever since its inception, minimalist art has only gained in popularity, and it is one of the most popular art forms, if not the most popular, in the contemporary world. 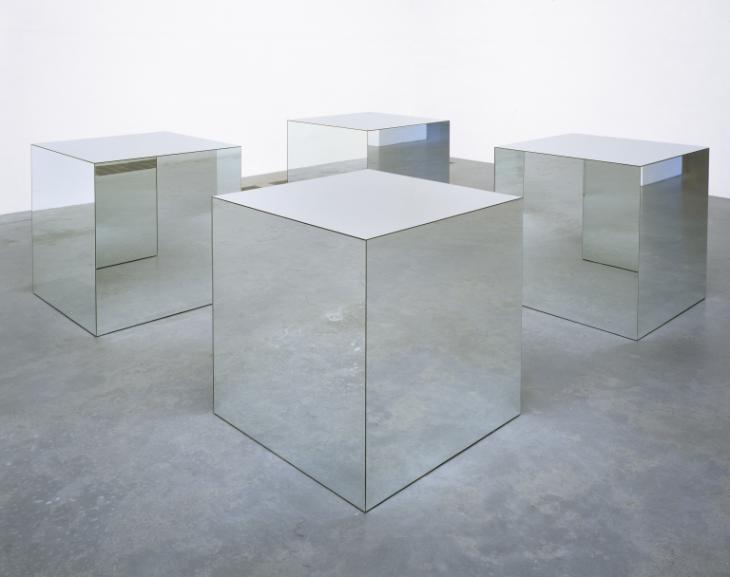 By now, you must have realized that the world of abstract art is limitless. Therefore, our article can only provide so much information about it. However, we believe we have put together the basics of abstract art which will serve as the foundation of your knowledge on this topic. If you would like to learn more about this incredible art form, then we suggest you follow some of the links mentioned in this article.